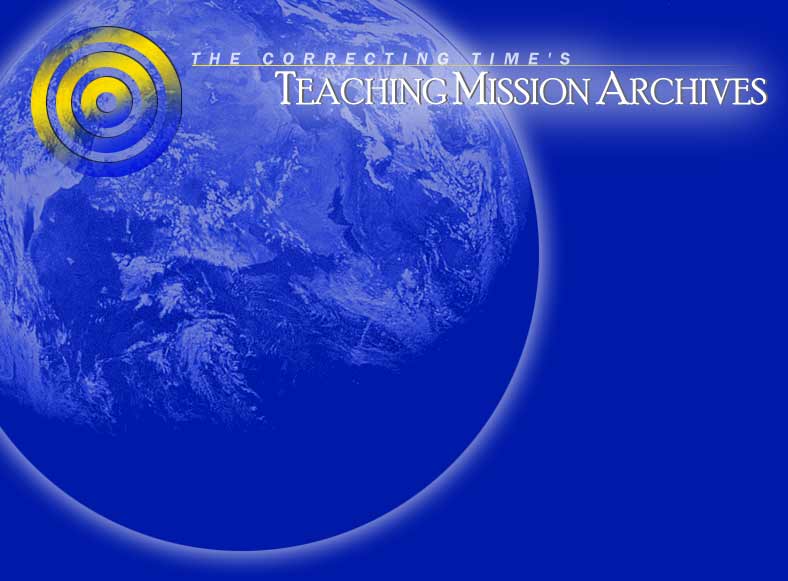 Back to Transcripts
Print This Article

The Planetary Supreme does not provide the planet Urantia personality. She is Deity. She is organizing/developing Deity. She INDWELLS all systems associated with the development of the planet and the life on it. We are used to the idea of mind being indwelt, but we are not used to the idea that matter is controlled by mind, Supreme mind, and that it is far easier to indwell matter than it is to indwell a human mind.

Matter contains the nature of the Unqualified Absolute as it impinges upon the Paradise energies of the ultimaton which composes the basic construction of all matter, and because we are Trinity associated, we are of like nature when it comes to matter.

Someday, like God the Supreme, she will have personality which will be the planetary revelation of the Supreme as manifested in an individual part of creation. Her personality status is still unrevealed, but she will soon use it to make contact with all who are indwelt by Thought Adjusters to announce the appearance of Monjoronson.

Thought Adjusters will facilitate the announcement by using their ready energies to produce a bubble of thought around the world to introduce Monjoronson.

Some of you in the teaching mission who have had contact with Monjoronson have described it like being encapsulated in a bubble of joy, of delight, of serene happiness. Not all experience this, but for those of you who do, it is similar to what the Adjusters will introduce when Monjoronson begins his material manifestation on Urantia.

The Planetary Supreme develops intimate contact with our evolutionary spiritual development, and she is intimately associated with the Power Directors and their assignments to be part of the evolving Supreme. This means the Planetary Supreme is composed of material energies which she fosters for control and uplifting of the power circuits to Urantia.

This improves communication both to us and to each other. The Teaching Mission absorbs much of her energy and she wishes it to be known that there are other methods she can use to help bridge the impersonal use of power to mediate disturbances such as we have on this list. URANTIA is contractible at any time by people who may wish to use it.